Angela is from Dallas, Texas. She began her dancing at the age of 8 years old. She would spend hours making up dance routines in her bedroom for friends, school plays, musicals and with her brother while he played the guitar. Together they would make up duos, he would play his guitar and she would break out the dance moves. This led to many performances for her family and friends. Angela danced at the same dance studio for over 17 years. During her dance career, she became very ill and battled Ovarian Cancer starting at the age of 17 years old. 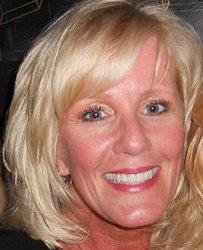 During this battle it was God, her love and passion for dance and her students that truly carried her to beat this disease 3 times. She wore do-rags before they became popular and many different colored wigs to keep her dance students entertained while she battled cancer. She went on to major in dance at Southern Methodist University with a full scholarship, she received her certification for choreography and minor in marketing. Angela went on to perform on dance teams where she won many 1st through 3rd placements throughout her own career in dance. She transitioned from her own dance classes and dance teams to a full time teacher and choreographer at the same school in Dallas, Texas, where she led her dance students to win many national and local dance competitions. She worked for the Dallas Cowboys Organization at the original Texas Stadium until 1988. During her career of dancing she quickly learned that she got much more fulfillment out of teaching and helping students find their own creativity. As life takes us all on a journey with many bumps and turns it was a true journey that led her to Columbus, Georgia in July of 1999. In mid-2000 she was contacted by the NFL/AF2 (Arena Football League) to head up and lead the dance team tryouts for the AF2 Football team that was moving into our town, which became the Columbus Wardogs. As that process began we had over 200 girls through 2 different tryouts come to express their talent for dance/cheerleading and our first professional dance team was formed in 2001. At the time her daughter was 8 years old, she one day approached her with, “Mom, why can’t we call the dance team the Wardolls, since the football players are the Wardogs?” So that is how the Wardogs dance team became the Columbus Wardolls Dance Team. From there she had an opportunity to invest and buy into a partnership with the Columbus Lion’s to become an owner and continue to coach the dance teams. Once again life threw her a curve and a tumor was found in her spine between her shoulders inside her spine. 2 major spine surgeries were needed to complete the process of removing it and correcting the issues. Through the love from God, family, friends and many past dance team members rallied around her while she healed one more time. And yes once again her love for dance and passion for life brought her through her struggles of healing. During this time of healing, she ended her dance coaching career & ownership of the Lion’s in 2014 and began the process of pursuing her dream of owning her own dance studio. She feels very blessed to have been touched by so many people in this community and she finds herself once again humbled by the ongoing love that is poured out to her to build her dream of owning her own dance studio. Nothing in life is done alone and it takes a true team to get through life, no matter where or what you do. My biggest blessing in life is my daughter. Who inspires me in ways she doesn’t even know!! She is my only “princess”! Life once again brought another opportunity to Angela and she found herself having to merge her studio as she was awarded the Federal Contract at Fort Benning to be the Official Dance School to teach dance to our military families children. The blessing this has brought her and the lives of these families were something that she never dreamed of and have touched her life in so many ways. Her grandfather fought 3 wars and earned 5 purple hearts, he was Angela’s “hero” and the greatest man she has ever known. She says “In some ways I feel like he smiles down at me every time I drive on base”, he built his first home right outside Fort Benning in the late 1950”s. Today I get to share the love he poured into me back into these military families through my teaching and love of dance. 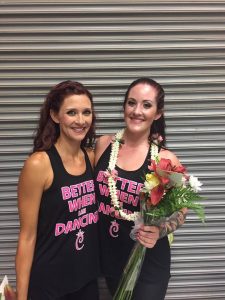 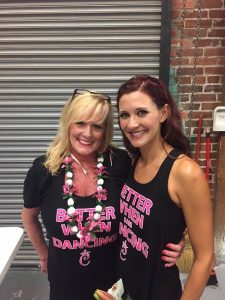 Angela is also the co-founder and owner of Vroooom Technology Inc., since June of 1999. 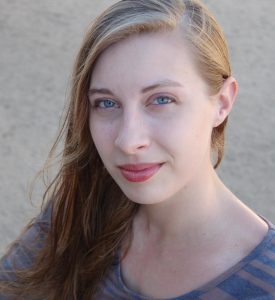 Katy started dancing at age 3, doing all different kinds of styles like ballet, pointe, jazz, tap, ballroom, and lyrical. Attending studios and collage courses in California she was trained in ballet’s Classical and Cecchetti technique. She graduated with a Fine Arts Degree from California’s Victor Valley College (2016). She is a certified yoga instructor. Graduated from White Lotus Foundation in 2018, learned under Ganga White and Tracy Rich. Katy also has experience in child development, with enriching the cognitive and physical development in ages 0-12. Katy is also into theatre, and has done it all from performing, stage managing, and doing tech work. Some of her favorite work include, Ariel from The Little Mermaid, Lilac Fairy from Sleeping Beauty, and choreographing Beauty and the Beast Jr. Katy has been teaching kids since 2012. It started with a song and dance travel group performing shows at fairs, up to working in the studio focusing on technique. Since moving to Georgia, she has continued to pursue her love for dance, teaching, and seeing the growth in her students. 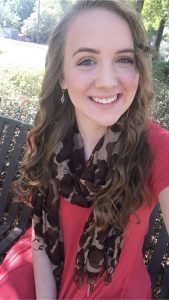 My love of dance kindled around the age of 11 when I found dance videos on Youtube.  I watched them day and night wanting to learn as much as I could.  From these videos, I found a love for jazz and hip hop, and I learned many new dance moves.  I grew a lot from watching these videos, but I was missing technique.  At the age of 13, my parents told me I could join a studio. We planned to start January of 2014.  December of 2013 I got a chance to go watch the Nutcracker ballet at the River Center.  Prior to this, I never saw myself doing ballet; I only wanted to do jazz and hip hop.  I left the ballet that night amazed at how beautiful these dancers were.  My dream from then on was to dance ballet forever and eventually go on pointe.  Once I joined the studio, I learned some technique and different things I couldn’t learn from just watching videos.  I left that studio after a couple years, and shortly after leaving, I found Capella’s.  I have been so blessed during my time at Capella’s.  Since I’ve been here my dream of going on pointe came true, and my dream of teaching dance has begun.  I have met some wonderful people and made life long friendships.  My love and passion for dance has grown so much since I’ve been here.  I can’t wait to continue dancing with the Capella’s team, and I’m excited to be a part of the Capella’s family. 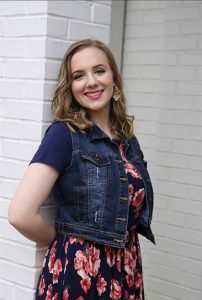 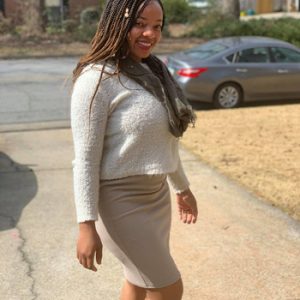 Born in Fort Riley, Kansas, and raised in Columbus, Ga. She found her love and passion for dance at the age of 15 years old, where she started twirling as a majorette at William H. Spencer High school. As she got older she started training up under Tamela Ransom, in Ballet, Jazz, Hip Hop, Tap, Contemporary/ Lyrical, and Modern. In 2008- 2009 she danced with Columbus State Versatile Dance Team and started competing. In 2010, she transferred to Savannah State University and continued to dance as a Klassy Kitty. When she moved back to Columbus, GA in 2012, she partnered with Tamela Ransom and began her dance career and continued training. She choreographed in musical plays like “Black Nativity”, and “Showtime on Broadway” in Columbus, Ga at the Liberty Theater. She is now the lead instructor at Passion Works Dance Academy. 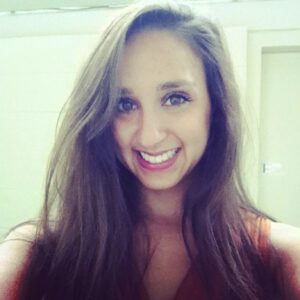 Analiese Umana graduated with her BFA degree from the Purchase College Conservatory of Dance in 2012. Following graduation, Analiese danced for the Baltimore Ballet for two seasons rising to a soloist. Performances include Dew Drop Fairy in the Nutcracker, a soloist in Paquita, Variations from Giselle, Carnival of the Animals, and two original works by Cem Catbas. She also was a guest artist in a Modern and Contemporary company based in Washington D.C, Company E, performing their pieces Eleven and The Jungle Books. In addition to her time with the Baltimore Ballet, Analiese was on the faculty for Towson University’s Children’s Division. Analiese has choreographed solos for the Youth American Grand Prix competition. She has studied under prestigious teachers such as John Meehan, Steve Rooks, Daniel Ulbricht, Miriam Mahdaviani, and Mignon Furman. Currently, Analiese is Faculty, adjudicator, and Executive Coordinator for the American Academy of Ballet where she teaches workshops and the Performance Awards program internationally. Analiese also sets the work and choreography of Mignon Furman. She was a long-time Adjunct Instructor at Marist College and Purchase College. She is currently also a resident guest artist with the New York Academy of Ballet and The Dance Conservatory in New York. Analiese is thrilled to join your program as an instructor and dance educator this year! 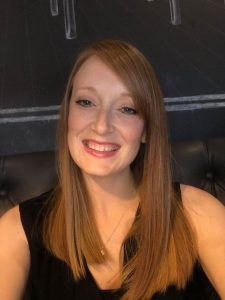 Hi everyone, my name is Alyssa! I’m a military wife, a mom of four, and my daughter currently dances here at Capellas. I began dancing at age seven, and I am excited to be back teaching after taking a few years off. I can’t wait to get to know all of your little dancers!

Stay up to date

On behalf of Capella’s Dance Studio, never give up your “Dream” Happy Martin Luther King Day! 😃

Check out our Schedule here